My brother had a clever idea in terms of starting a gaming group.  Use a publicly and freely available location to do a Game Group in the Woburn Mall, in Woburn, MA.  See, he is not the kind of person who likes to host events at his place.  He does enjoy a good quick board game such as:

The location: a low use “food court” area in the middle of the Mall.  All of the existing food establishments have their own seating area and the tables and chairs seem to be mostly used for overflow from the restaurants or tired shoppers.  Most of the time they are empty.  Hosting the event in a very public, very secure place opens up the possibilities to finding new players as well as handling growth beyond the initial scope.  Initial players found through http://craigslist.org .

This approach has its benefits and problems.

All in all it could be a good method of starting a Game Group.  Haven’t been able to join them too often anymore due to the move (originally on Mondays now on Wednesdays which conflict with my other previously existing gaming group).  Just thought it was a good idea to post.  Being a public place it doesn’t prevent anyone from doing the same idea on other days or doing it earlier.  Hope it catches on across malls in the US.  Could be a good way to enjoy the hobby and facilitate finding great game partners. 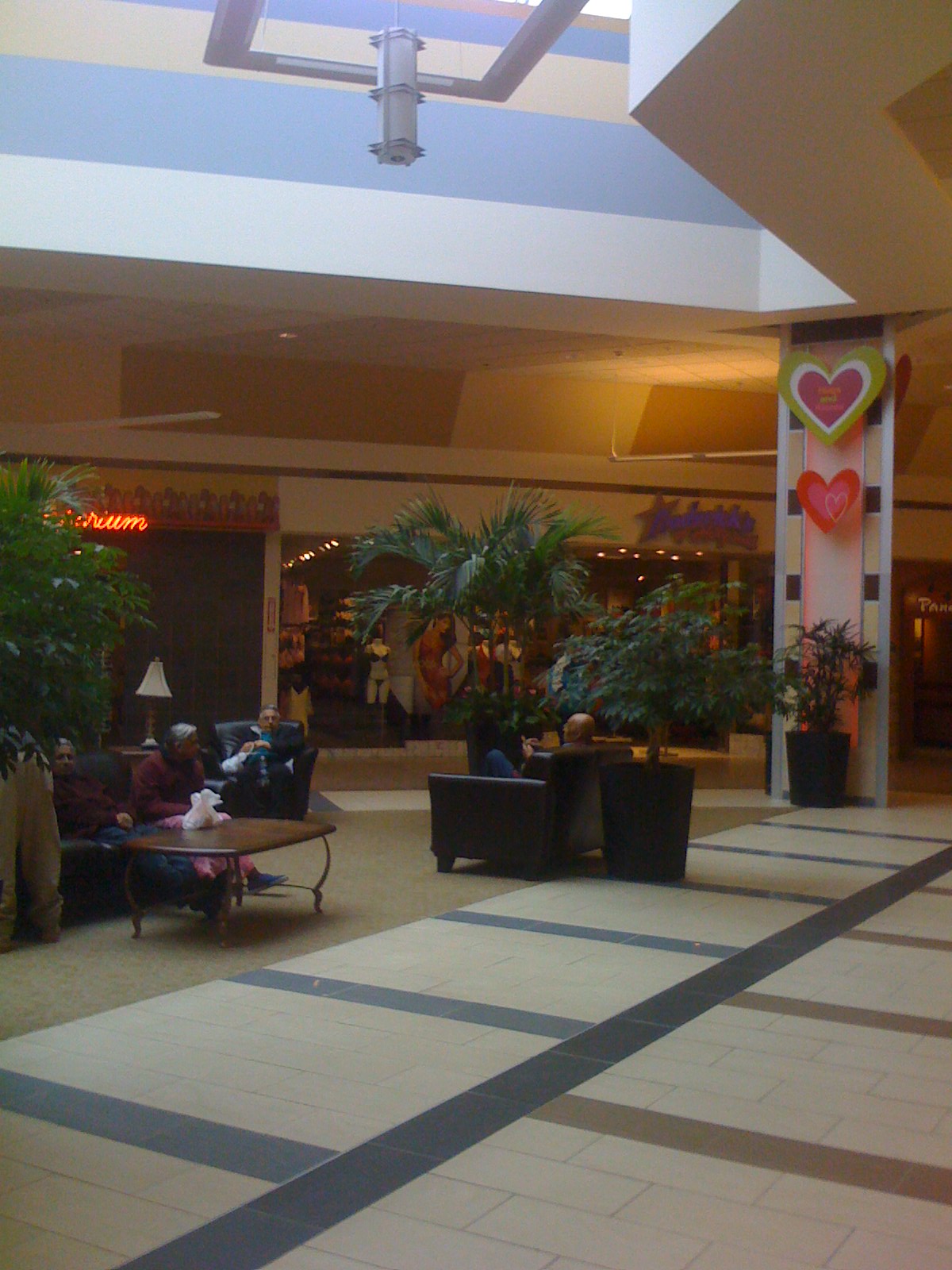 Thanks to Label Scar for the Woburn Mall photo.